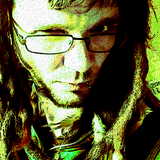 Ace Of Wands
by Rob Beddong

House Am Meer
by Chesire CatReposted

I began DJing in the year 2009. the first year I've just been exercising and learning a lot, but in May 2010 I already got an invitation to play some music at a small festival. there I surprisingly got the next invitation right after the show.

later I had this special delight to begin the set with Progressive Trance or Zenonesque, while continously raising the BPM so the set stealthily twists into Dark Psy (look for "Thirteen To Eighteen" or "Waldfee Von Vorn'"). but in summer 2015 I obviously reached a higher state of conciousness, that brought back my interest in Techno music, whereas I lost my interest in Dark Psy music.

and this is until today. I mostly enjoy playing Banging Techno, but unfortunately there are just very few opportunities to do so at a party - I'd really love to and I wish that something will happen ASAP. nevertheless my interest in Progressive Trance is stiill there and at least this gets me an invitation from time to time.