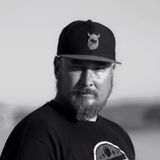 Corey Valentine began DJ’ing underground house music in 1997. From punchy and jackin, to deep and techy, Corey loves to explore all things on the funky side of house music. Known for his consistency and finesse behind the mixer, Corey loves to create cohesive sets that seamlessly flow from beginning to end.

After relocating to Minneapolis in 1999, Corey founded his company Box Five Productions. During the several years that followed, he produced weekly shows at local clubs including Starlite Lounge, the Elbow Room, 101 Blu, Fahrenheit, and Subo. In 2012, he rebranded the company into Box Five Beats, where he now produces a weekly internet-based webcast show complete with live video content to accompany the music.