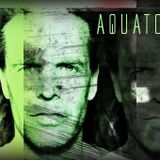 Never miss another
show from Aquatone

Born in 1972 ..he has no music background.
around 2006 he found a psy-trance CD in his car it was his first contact with psy-trance music.
The music intrigued him,so he went looking for psy trance partys.
A good friend showed him where to go if he wanted to know the scene. He soon felt at home. In 2009 he organises for the first time a private party called AUMDAT!
He immersed himself in designing deco under the name Goalistic area 51.
After listening to so much of psy-trance in different locations, he knew he wanted to be the guy who decides what kind of music is playing.
So he bought his first set of players CDJ 100S with Behringer 750 mixer and teached himself how to play.
His first public appearance was at the GIDEON festival in 2012 under the name Aquatone. After this performance he knew it ... He wants to go further than this. He

wants to grow and get better.
With hard working and playing for hours and hours in his small basement he gets the real feeling.