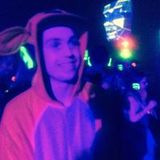 Never miss another
show from th!zco

Born and raised in the electronic-music-party-scene hotbed that is Vancouver Island, it was only a matter of time until his beats started rocking shows up and down the island. With a reputation in his hometown of Campbell River for throwing legendary yard parties it seemed inevitable that he would soon be on the up and coming of the Vancouver Island rave scene. Having already hosted a number of outdoor parties and playing some of the same shows as locally renowned DJs such as Lady AK, GMo, Mister Luke, Sleepwalker, Skian, and The Dean, in Nanaimo and the Comox Valley, he shows no sign of slowing down in the near future. Next summer is shaping up to be a big one for this North Island Loc~
BREAKS/HOUSE/FIDGET/GLITCH/
FUNK/DISCO/DNB/MINIMAL/TRAP/TECHNO/ ALL THAT GOOD SHIT /