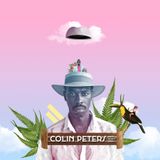 WORK THAT BODY WITH COLIN PETERS
by Colin Peters

Colin Peters is an infamous resident DJ in Ibiza who also plays in other salubrious parts of Europe and beyond. Colin was one of the weekly residents at Manumission from 1998 until 2007. He is resident DJ at Ibiza Rocks and at Rock Nights Ibiza. He has played all over Europe particularly in Spain and England at places such as FIB, Space, Pacha, Nasty Mondays, La3, Joy Eslava, Sonorama, Guilty Pleasures, Home and Reading Festival. Colin has been holding down a weekly residency at CDLC in Barcelona as well as popping over to play at Rock Nights Ibiza each month. Summer 2013 will see Colin behind the decks at the Ibiza Rocks Hotel and Rock Nights .
Download sets from here: https://soundcloud.com/colin-peters
CHECK OUT MY MIXES FOR IBIZA ROCKS & ROCK NIGHTS RADIO In THE PLAYLIST SECTION.