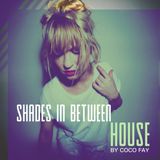 Djane Coco Fay has established herself as one of the most loved and famous female DJ’s in Germany. She has represented great sets and top performances around Europe for over 10 years, while releasing music on labels such as Kontor Records, 120 dB Records, Wormland Music and Decadent Music. Coco Fay has represented the ‘Farbgefühle (Color Festival)’ as a resident tour DJ in 2014/2015 as well as producing the festivals official anthem ‘When I See You’ together with Brockman released on 120 dB Records, which saw remixes from the likes of Takedown, Andree Wischnewski & BK Duke. She has worked with a spectrum of different artists within the electro house / progressive house scene, such as Brockman & Basti M aka Thias, Eric Chase, DBN, Muzzaik and many more. Coco Fay has also supported Pioneer DJ from 2008 - 2014 as a representative at trade fairs and shows. Her technical expertise in music production has continually grown throughout the years, along with her solid reputation within the musi