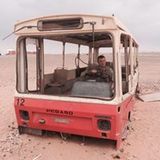 I was first introduced to Drum & Bass in 2008 through the sounds of Pendulum, Andy C and Sub Focus.
My metal background resulted in quickly acquiring an interest in the production and mixing from the likes of Black Sun Empire, Dom, Fierce, Ed Rush & Optical.
I co-host 'The Paradigm Podcast Series' in Perth Australia with Agent Orange.
The show promotes Drum & Bass DJ's in Perth whilst playing newly released tracks as well as the old classics from labels such as No U Turn and Moving Shadow.