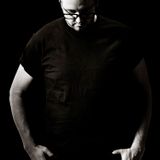 The Filter with Kenny Jaeger - May 21st 2021
by KennyJaeger / ChrisJaegerossa

Kenny Jaeger may sound like a new name to the party, however, he is no newcomer to the radio, studio or the DJ booth. He has graced the decks over many years in various guises and played countless venues and exclusive private parties both in the UK and internationally. Formerly one-half of Jaegerossa, as a producer and remixer he has worked on a number of projects with The Groove Junkies, Robert Clivilles and Eric Kupper, Hotmix 5, Midnight Riot, Playmore, Discopolis, Lenny Fontana, Nightgeist and plenty more forthcoming.