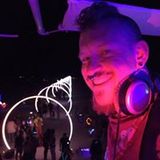 Never miss another
show from char(7)

SF and Boston based Jackin/Disco and Tech House lover. 1/4 of Houseboi: A Genderqueer dance party for humans and their Friends.

char(7) began throwing and playing parties in the early 2000s at the Redtail loft- an artist and music collective in Fort Point channel, Boston. From there he got involved with the Radical Faeries, helping with the Comfort and Joy camp - throwing fundraisers and on playa events such as "Just Touch" and "Honey Dusted" for several years. He's played San Fransisco's "Afterglow" closing pride party as well as monthly "Polyglamarous". He currently holds a residency at in Boston for the party Houseboi.