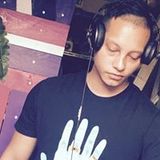 HYS Show with K2thaC 8.4.21 on BBR
by House Your Soul SydneyReposted

DJ K2thaC is an Australian born South African with roots in Cape Town…While his love for music was fuelled from a very young ripe age, it all began when his father first played the records by George Benson, Ramsey Lewis and Earth Wind and Fire. Throughout the years his ears were filled with glorious soul, funk and jazz music by artists and bands such as Kool & The Gang, Etta James, Aretha Franklin & more. It was around 98’ when he was introduced to the real essence of Hip-Hop and Neo-Soul, regularly following artists like The Roots, Common, A Tribe Called Quest, Erykah Badu, Jill Scott, D’Angelo and many more. Eventually dance music was inevitable from many trips back to Cape Town, introducing him to the sounds of Black Coffee, DJ Kent and Mi Casa. A true lover of Funk, Soul, Jazz, Disco, R&B, Neo-Soul, Soulful House, Deep House & Afro House. Main inspirations include J Dilla, D’Angelo, DJ Jazzy Jeff, DJ Spinna and Black Coffee.