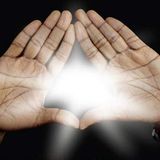 Cass is a DJ producer hailing from the United Kingdom and has been invited to represent Europe on Deep Space Radio, Detroit’s fresh electronic music show created by DJ producer Juan Atkins.

As a DJ Cass has driven dance floors worldwide and has performed at the Detroit Electronic Music Festival to the critical acclaim of his musical peers. More recognition of his contribution to dance music came when he was featured in the film documentary, ‘The Beat Is The Law’.

In 1987, Cass produced his first platinum status record release as part of Krush: ‘House Arrest’ ‘. This hit number 3 in the UK’s Top 40 chart. 1992 then saw Cass’ release as Krush, the seminal club classic ‘Walking on Sunshine’ on Network Records. This was a massive club and crossover hit throughout the UK, also in Europe and is still regarded as definitive of an era.