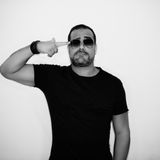 Throughout his career he has made, produced and released music with Stealth, Almibar (Stereo group), Space Invaders, Tiger and the legendary Hed Kandi. His sound goes beyond the most conventional styles and introduces a spectacular mix of genres like house, tech house, techno with very strong influences of deep house, progressive and UK garage sounds.

Producer and host of the radio show Sad Funk Sessions, which airs on Tenerife Music Radio, a station which has had guests such as Mat.Joe, Dario D'Attis, Coyu, Josh Butler, Return of the Jaded, Sabb, Roberto Palmero and many more.