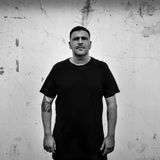 Javier Carballo has been working in the Canary Islands’ clubbing scene since more than 10 years ago, with a trajectory that has got him to be one of the most active and known DJ’s in the islands. The sound that identifies his sets is the energy he has behind the decks, with sounds going from house to techno, always keeping it underground. Resident at clubs like Small and Chic, where he’s grown up as a DJ, he’s been invited to international festivals such as Eolica (Tenerife), Klubbers Day (Madrid) and Refract (Belgrade), and to clubs all around Europe and Spain, like Q Club (Zurich), Cocoon (Frankfurt), Goa (Madrid), Club 7 (Madrid), Catwalk (Barcelona), etc.
Right now he’s heading many projects in the Canary Islands like an events promoter named Under Your Seat, working on parties and on Rebel Electronic Dance Club, the club with the best line-up so far in the islands, of which he’s also resident.