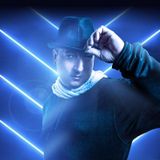 His rich artistic career born in 1993 in radio and into the clubs of Taormina, just to carry on from 2012 until now in the most important venues in Milan. Even if he leans more towards the sonorities of Deep House/Pop/Hip Hop, Gianni Camelia succeeds in including the most different musical stiles, both in his discographic productions and in his live sets, characterizing his performances and musical productions with a great and pleasing share of unpredictability.

Cofounder of the project “CLUB ITALIA”, a show that consist in a Live Set with entertainment and performances of various kinds in which the absolute protagonist is the Italian music of all eras, from the oldest glories until the most recent hits. This kind of show proved itself to be really requested, specially in the last years and in all of Italy from north to south.