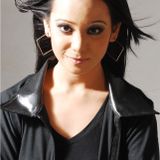 Solo music project from Bangladesh oriented with ambient and dubstep, progressive trance and EDM.
Cadenced Haven is originated in Bangladesh and has started her long lasting journey on a road strewn on the basis of influential concepts between existence & bereavement and every past second of living.
In the beginning Cadenced Haven has been making a base position in a new level at the scene of ambient, celtic and lounge music, sliding through a glimpse of trance to create a whole new world for the listeners. In the 7th year of the musical voyage, CH found her deep interest and major inspirations for contemporary EDM and Dubsteps. Working on a few dubstep, trance, EDM tracks to share with the world very soon.
The debut album “PEREGRINATION” has been released from Groove Unlimited Records in Netherlands, on March, 2010. Special thanks to the guest artist featured on the album, Gert Emmens.