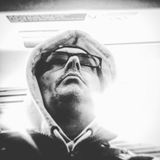 Never miss another
show from B.S.E

Sonance: The "we should be doing this in person" Stream
by SonanceReposted

B.S.E Live on for Global Progression
by B.S.E

B.S.E is one of London's favourite Underground heroes. As co-founder of Zoology he helped craft one of the most famous small parties of its era and with his new promotion, Sonance, shows no signs of letting up!
He was one of the driving forces behind the beloved Techno party, TechStyle and is resident at Alumni. He has also held residencies at Brixton Trance Underworld, R3volution Radio, and Safehouse Radio.
B.S.E has the versatility to put together exciting sets of Tech House, Deep House and Trance but is famed for his love of Techno, where his tastes can take you on a journey from the melodic, through the driving, to the fearsome and on to the downright scary.
If you've yet to see him in action it is time to change that. Bring on the madness, bring on B.S.E!