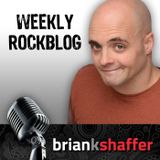 I have been writing and recording music for roughly 30 years. I began to teach myself how to sing at a young age and became a vocalist in many a cappella groups performing across the Mid-Atlantic Region and placed 4th at the National Harmony Sweepstakes at the Kennedy Center in Washington, D.C.

As my career began to grow, i began to front a number of rock bands and was featured in a National Rock Showcase in Louisville, KY and were a feature band at the “Heart of Texas Quadruple Bypass Music Festival” – AKA “The Texas Rockfest” in Austin, TX. numerous radio stations, including the legendary WDVE 102.5 Pittsburgh, and podcasts across the US as well as overseas, including XM and Sirus Satellite Radio and the Pennsylvania Rock Show, The Nationally Syndicated “Lex and Terry Morning Show,” The “Adam Curry (of MTV Fame) Podcast Rewind” and the “Armed Forces Network,” broadcasted to our brave men and women fighting for our freedom across the globe!