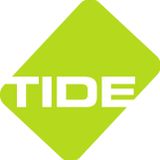 We are a collaboration of independent radio producers and journalists bringing to you news, studio guests, information, fun, background features and cultural reports from correspondents that challenge traditional views of Brazilian society and culture.
Our main concern is to distribute the extreme diversity and richness of Brazilian culture and arts networking with local and international groups. We also present crosscultural topics such as culture and society not only in Brazil but also in Portugal, Cabo Verde and the luso-african countries.
Brasilien Magazin is a well-known regional two hour monthly magazine, broadcasting live every first andSaturday of the month since 1994.
Music - Ranging from the traditional music of the 1930s to the present and styles such as Samba, MPB, Brazilian Electronica, Hip Hop to Soundtracks and classical music.