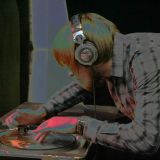 Never miss another
show from br0mas

This information about chemical element Bromine has nothing to do with bromas who started his dj career back in 2006. His music style had never changed dramatically - he always stays in love with deep vibes of house music, broken rhythms of old school drum and bass and of course cold chords of dub techno. House music was the starting point of gaining interest for electronic music, later he impacted with drum and bass and dub techno. Back in 2007 he bought his first vinyls as he fell in love with them during the first events that he was playing in. Since then he collects quality music and plays only vinyl.