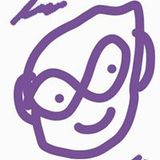 musician, composer and soundscape artist, composes experimental, electro acoustic music. He specialises in creating bio-acoustic music based on the sounds of animals, especially insects. He plays on his own or with the band SAETA, which performs experimental music. He also creates music for film, theatre, performances and multimedia installations, as well as soundscapes for museums and galleries. He works also as sound engineer for film and video. He has published a number of CD’s, some as a solo artist, some with the band SAETA. His first vinyl LP entitled „Bio, Industrial Acoustica (green)“ reveals compositions from his bio-acoustics and urban noise opus. (more: www.perovsek.si)
One of the most important parts of his work is how to connect art and science. One of the result of such work was his composition put in the selection of the 10 compositions from Europe and United States, proposed by the Association of the European Radio Stations (EBU) for the period 1995-96.