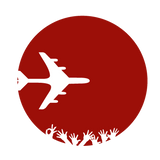 Gee Moore - all mixed up
by Gee MooreReposted

Bora Bora Music began in 1997 by music producer / DJ and founder Gee Moore. It rapidly became one of the most famous cosmopolitan beach club music concept on the planet...
In 2005 Bora Bora moved AWAY from Spain to its new home now in Brasil.

Gee has also released many singles for record labels such as Superfreq, Bosom, Deep site space, Dubwise, Perfecto, React and many more also as a solo artist and co producer working with artists such as BVision, Mauro Picotto, Alan Prosser etc... Other releases and co productions also sold through the Bora Bora music label group.

Gee also owns and manages the Bora Bora music recording company that releases music through over 270 music portals such as Beatport..

Bora Bora Music - our past, present and future is music to the ears...