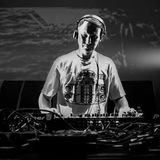 Never miss another
show from BLAZIN'

OUTLOOK & WARNING resident BLAZIN' is one of the few DJ's in the Drum & Bass and Jungle scene getting booked to play on the main stage at the biggest events worldwide entirely for his skills on the decks. He got his first club booking at the age of 19 in the 1500 capacity Dance Academy and was one of the first DJs in the dnb scene to start mixing on 3 decks.

In 2004 he won a DJ competition in London judged by top DJ agents, artists & producers from the scene: "An original 3 deck mix with a great selection of tearing tunes". He was invited to join the Random Concept Academy which showcased the best new artists the dnb scene had to offer & was given a main room residency at the multi-award winning Warning.

As one of the OUTLOOK DJ's, BLAZIN' performs at annual festival launch parties in the most prestigious underground music venues across the globe. He has performed alongside THE JUNGLE DRUMMER multiple times in Europe and he's the tour DJ for legendary UK rapper SKINNYMAN.