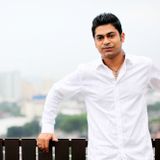 Never miss another
show from Blastique

20th April 2019 - Blastique Live at Locker and Loft
by Blastique

Blastique Live at It's The Ship 2017 - Tribute Stage
by Blastique

Blastique is widely credited as a sonic surgeon of sorts, and has rapidly become one of Malaysia’s pioneer dance music exports.

In Malaysia, as an Ableton Certified Trainer, audio engineer, producer, production consultant and Director of Mile High Sounds, his services have been widely sought after. He was also selected as one of the judges for Astro Hitz.tv’s Spinmaster DJ Competition.