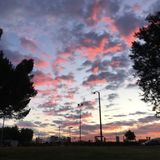 DJ Blanketforts is Mike Esposito. He begain DJing in Boston in the mid-1990s as dj esp, specializing in jungle and IDM. Eventually he began to develop his own "manic illbient" style, which was a ferocious mix of noise, breakbeat, harsh techno and sound collage that he performed in the early 2000s. After a 10-year stint living in Chicago and recording mixes as DJ Blanketforts, and 5+ years in LA creating a monthly radio show for WLPN in Chicago, this style has been refined a bit, with the eclecticism of the illbient years and the manic soundclash retained, but with more of an emphasis on continuity in the mix. Each mix has its own style, though, so hopefully the listener never knows what to expect from a Blanketforts mix. Informed by rave, jungle, IDM, rock, hip hop and many more styles, the one constant across the Blanketforts spectrum is a lack of constants.