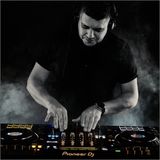 He was born in Colombia where he began his career as a musician in the mid 90’s and played in various bands and where he developed the technical part of his live shows. He played at concert halls, private parties and festivals and the music he played was pure ROCK. In the same time he started working as a radio DJ and soon became the presenter for the Friday shows.
At the turn of the century, he moved to Spain where he continued with his DJ career. He did gigs all over the coast of Costa Banca and the Asturias. Five years later he started producing his own music. He cut down on live concerts and focused more on private gigs to present his own music. He wanted to present this music to a broad audience through different music channels, thus he founded BLACKDEEP. His focus with BLACKDEEP is to present his music together with a visual show creating an audiovisual product.