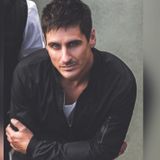 Born and raised in Leverkusen, Germany; Bjoern started his career as a DJ in 1999.
His influences stem from such bands as Depeche Mode, Duran Duran, and Kraftwerk.
Bjoern’s first release, “Time Factor”, appeared on Mauritius Music in 2003 as well as
on Paul Oakenfeld’s Perfekto Compilation mixed by Seb Fontaine. In collaboration
with Peter Juergens and Oliver Klein he released his work on various labels such as
Flow Vinyl, Selected Works, and Mauritius Music.
Together with his producer/partner Mr. Thomas Gold, Bjoern released “Paintbootiqa
EP” on Mauritius Music in 2006 and the track “Suppress You” on Flow Vinyl in 2007.
After a short hiatus, Bjoern is back. In collaboration with Marc O’Tool, he is bringing
fresh new sounds with his new tracks for 2014.
You can find Bjoern Mandry’s new releases on: