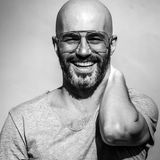 Never miss another
show from Birdee

Mini Mix for Ministry Of Sound Radio
by Birdee

Birdee exclusive mix for The Real Playdoh
by Birdee

By no means a newcomer, but a fresh face on the disco scene - Birdee has toured the world from Australia to Europe and even picked up an award for best breakthrough dj at London's Fabric. Since the inception of the Birdee project he has released on Southern Fried Records, Nurvous and Defected and remixed The Whip, Herve’, Malente, Louis La Roche, Mason and Aeroplane. Support for his music has come from luminaries such as Greg Wilson, Jackmaster, Ashley Beedle and Pete Herbert - and with more releases to come before the end of the year - and a busy gig and remix schedule, the future's so bright, Birdee's gotta wear shades.