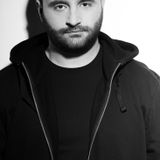 Never miss another
show from Bikas

We were at the dawn of the new millennium, and the scene around dance music in his birth city, Oporto, perspired true vitality. Teaming up with his friend and also record dealer Serginho they created Low Level Crooks and Bikas started figuring locally in some of the best underground clubs propaganda.

His acclaimed eclecticism and praised musical knowledge have granted him a blooming success in recent years most of it coming from his distinguished, recognized and almost mythic performances in Lottus that many times end up with him performing in b2b mode alongside some of his musical and djing influences.