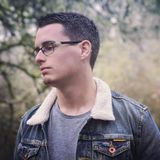 Ben Pierre, hailing from the UK, first began writing music at the age of 11, learning classical piano as well as electronic music such as chillout, film-scores and trance. With strong support from trance artists and chillout artists alike, Ben has been featured in world-renowned electronic music magazine MixMag for his track ‘Northern Lights’, as well as strong support from trance heavyweights such as Gareth Emery, Ashley Wallbridge and Giuseppe Ottaviani. Having had his music being played in sets from London to the US to Ibiza and obtaining a number one in Ibiza ambient music, he has stuck to producing a variety of genres, his MO being ‘as long as the music tells a story and takes you on a journey, that’s what counts’.