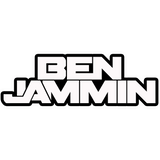 Ben has been DJing since 1999 and over the course of 20 years has played 1000s of gigs and events across the UK and has played alongside some of his biggest idols in Dance Music.

Ben's style is big, happy & uplifting dance music, full of big vocals and melody. Playing Hard House and Happy Hardcore for many years and more recently the Big Room EDM is his passion.

Over the past 2 decades Ben has played all across the South West and further afield including Tall Tress, Candy Store, Berties, Club 2K, The Barn, Sound, Lakota, Opera House, Hidden and many more.

He has held residencies at Re:Birth, Hard Energy, Synthetic, Publand to name a few and also played at events by Premonition, Slinky, Tidy, Bionic, Godkitchen, Cream, Club MTV and Ministry of Sound.

Having warmed up for the likes of Showtek, Tidy Boys, Darren Styles, Ultrabeat, Hixxy, Judge Jules, Dave Pearce,, Lisa Pin Up, Lisa Lashes and so many more.