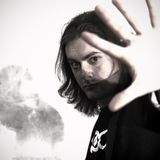 Beau Damion is an american producer, label manager and DJ, who has rocked the public and entertained the masses with his genre-merging and ever-changing style.

Although mainly influenced by EBM / Aggrotech, Damion has developed his own style over the years ranging from progressive house to his current heavy noisy techno and dark minimal tech.

He has been known to incorporate new technologies, emerging hardware, and custom-programmed software for use in his productions / live shows.

Having worked with many labels such as Abducted Records and Lot49 Records based out of London; Damion opened his own in early 2011. Xpel Muzik began featuring new and established artists with a focus in the electronic dance market, specializing in Techno and Progressive house.

From 2009 through TheDjList.com website, Beau Damion was voted number one by his peers in Jacksonville, FL as well as held a position in the top fifty artists & dj's on the techno genre list worldwide.