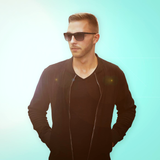 Never miss another
show from BAZZFLOW

Bazzflow (Florian Geiger) was born in Germany in 1992. From his childhood up to now music is an inherent part of his life. He was soon playing several instruments and started producing in 2011.

First successes were not long in coming and he won his first remix competition. In 2014 his debut EP „Pressure“ was released, followed by „Let’s Get Started“ in 2015. From that year on he also started DJing.

In 2016 Bazzflow changed his musical style and released his Future House single „Summer Love” on 120dB Records. It was supported by Don Diablo, Deepend, Pink Panda and many more. Bazzflow’s single „Lost In You“ was once again a strong Future House production. On top of this he won another remix contest.

Bazzflows’s latest release is an official remix of Deepend’s „Every Little Thing“ on Spinnin’ Records. This will be followed by a collaboration together with Deepend.

Bazzflow is definitely an artist to keep an eye on in 2017.