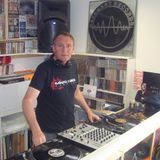 Support Basement Phil by subscribing directly to this channel and get access to exclusive rewards.

BASEMENT PHIL
(Taken from an interview in Mix Mag)

“Phil started DJ’ing Rare Grooves in the mid 80’s at various venues across the UK. In 1988 Phil set up the now famous ‘Record Basement’ shop in Reading. The shop attracted a lot of top UK DJ's and supplied records to all of the major playaz during the Rave & Drum N Bass Years. Phil built up a rep for two DJ residences in Reading where the shop was, as well as playing at Clubs & Raves all over the UK.

Phil launched the ‘Basement Records’ label in 1989 and the label went on to become one of the best Rave labels of its generation, launching the careers of Artists and Djs such as Alex Reece, Wax Doctor, Justice, Mayhem (martin Ikin), Kev Bird aka DJ KGB, Loftgroover, Top Buzz, Donovan Bad Boy Smith, Roger Johnson, as well as releases from artists such as Photek, Source Direct Peshay, Justice, Blame, JMajik, in their formative years and off course Jack Smooth & Basement Phil under their various guises such as Jack n Phil, Mystic Moods.