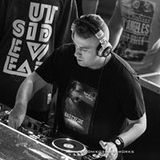 Barty Fire was born in Szczecin, Poland in 1991. This is a man who from an early age inspired by music. He was only 7 years old when already infected with the brother of Rave and Hardcore music. In 2000 he had his first contact with the Hardstyle what it really is music inspired. From an early age where he fell just listen to her. Since 2004 he began collecting mass Qlimax DVD's and other videos from Q-Dance events. Since 2008, he began to hone his skills as a DJ. In 2011, bought his DJ equipment and today composes his sets. Recently, attempts to force as producer, released a few mash ups for Noisecontrollers and Brennan Heart.
More information about this men: