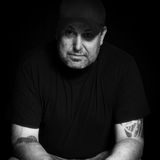 Never miss another
show from barbarosmusic

Barbaros, born & based in a small town near Cologne (Germany), took his first steps in DJing in the early 90´. Initially influenced by hip-hop & breakbeat that surfaced onto the German music scene, he became heavily obsessed by electronic music sounds by acts like Front 242, Depeche Mode, and New Order. In 1995 he started as resident in one of colognes greatest clubs which gave him the possibilities to design his own unmistakable musical styles. His unique sound is hard to define but club-goers immediately take root with his progressive and deep sounds in locations throughout Germany and international hot-spots like Argentina, Turkey, Ukraine, Spain to name a few.