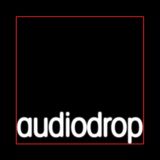 Never miss another
show from audiodropmixes

Stefan Hoog alias shoog and Paolo Mezzano, (paolodimezzano), both DJs in Frankfurt am Main and Berlin, Germany, began to produce electronic Music in 1996. They founded audiodrop in 1997. They are producing ambient and progressive tracks and are also working on electronic film scores.

They soon work together with andi m aus o., who spinned the records in the clubs "xs", "box" and others in frankfurt.
Together, they founded the "SoHo socialhouse" - dj crew.
Since almost 25 Years, they are broadcasting their "radioX XFade DJ-Show" each third thursday of the month between 11pm and 02am.
Mixes with a great variety of sounds, we think, but all electronic beats.

Location: Frankfurt am Main - Germany
on the decks since 1990
musicproduction with audiodrop since 1997