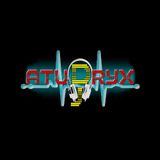 Adriano Dell'Olio aka Atudryx DJ, born in Corato (Bari) exactly in August 1988. Since he was 9 he discovers a

passion for music and started to record the first cassette.

Since he was 12 he started to feel his passion for rhythmic music, beginning with the dance 2000.

3 years later he changed its style of music into commercial house that is still his favorite.

Knowing that this was his sound, a year after he started playing with the help of a friend in some pubs,

Corato he played his music attracting the attention of a wider public.

Later, after graduating in 2007, he started the career as an animator dj / sound lighting technician for the

After he restart playing for private parties in Corato.