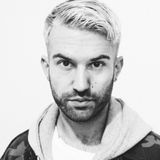 Never miss another
show from A-Trak

The Montreal native first got known by winning DJ battles at a very young age, accumulating five World Championship titles before he was 18. In the years that followed he toured and consulted with Kanye West, produced and remixed Grammy-nominated hits and founded the influential record label Fool’s Gold which broke the careers of Kid Cudi, Danny Brown and Flosstradamus. Still considered one of the world’s premier DJs, he is also an essential cultural curator and entrepreneur.