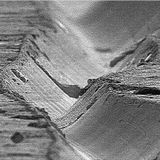 Never miss another
show from Toni Guga aka Gugan (A.S.P)

Toni Guga (Gugan / TonGu) is an indipendent electronic music producer, born in Albania, but resident in Turin since 12 years, where he grew up artistically. Always interested in new technologies, especially from « Open Source », he supports and uses Creative Commons licenses for his productions. In 2006, with his friends Diego Ungarelli e Silvio Roncon, he found the video/musical project ‘Antistar Project’, and starts to perform in the underground scene in Turin. In 2009 their trak «Afrosound» is published in «Torino disco cross Vol.5», an indipendent and self produced compilation promoting Turin’s artists. At the same time, he begins a friendly and artistic collaboration with the dj/producer Yashin, which has lead to a mutual artistic evolution. They work together on productions. In March 2011 they publish «Paper Planes» on Santos Recordings: it contains a remix by Guga, which has been playlisted by artists such as Visionquest.