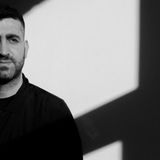 Jazz It Up
by Aso Asın

Aso Asın is an Antwerp based DJ who’s into collecting and sharing music from all corners of the world: from '70s jazz-funk and progrock to '90s hip-hop and electronic music, anything goes.

As a DJ, Aso Asın has shared the bill with celebrated artists such as Shigeto, Om Unit, Clark, Jameszoo, Kutmah, Omar Souleyman, Lefto and Andy Votel.

His monthly residency at WAV and guest appearances at Kiosk Radio, Noh Radio (Istanbul) and The Lot Radio (New York) showcase his versatility.

His Turkish influenced DJ set at Tomorrowland 2019 was called 'the most original DJ set' by Belgian newspaper De Morgen. Later that year Aso Asın made his debut in Red Bull Elektropedia's Belgian DJ Top 100 by landing on the 34th spot.