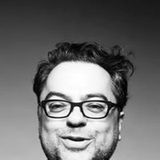 Gümix - The meaning of Life (some time in the early Nineties...)
by Stefan Pistulka SwobodaReposted

Check out https://aschengold.com :)
As a child of the glorious sixties, our little doctor was heavily influenced by Stevie Wonder, soul, philly sound and then, of course, disco!
But since he also enjoyed listening to pop, new wave and mostly jazz, he ultimately developed a taste that you might call eclectic, if this wouldn't sound so posh, so let's call it freestyle.
Bored to death from way to much deep and minimal tech house music, he finds the new disco / slomo disco tunes refreshing and exciting. So there he goes, somehow back to the roots (yeah!) and playing disco edits at parties where people meet to have a good time and fun instead of just looking cool.