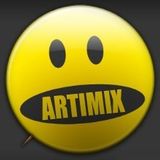 Born and raised in Macau, DJ Richard Prado acquired his mixing skill from a Hong Kong legendary DJ in 1984. The following year he started DJ-ing for parties and also making mixes and remixing using multi-track tape recorders, that was also the time when he started to use the name Artimix in his mixes. In the late 80's Richard Prado was resident DJ in the unforgettable Green Parrot Disco in Macau. Until now he is still very active seeking for new elements of dance music and digging for old grooves, combining them together to create the unique sound of Richard Artimix.

Richard Artimix is one of the originator of "Mood Mixing" which is a DJ technique that is getting attention globally in the 2010's.