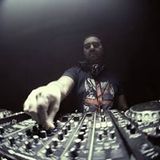 Dj Bassi (aka Apostolis Bassiakouras) mixed as guest or resident dj, in the best bars and clubs in Athens and also in the summers in the best bars and clubs in the Greek islands (Mykonos, Santorini, Paros, Milos, Ios, Sifnos, Spetses, Hydra etc) and of course in a lot of bars and clubs in the Greek mainland (Lamia, Arachova, Kalamata, Ioannina, Monemvasia etc).
In February of 2007 he mixed in the club ‘Gre.eko’ in Monterrey, Mexico, in a unique night that everybody who was there still remembers.
In December of 2009 he mixed for two special nights in Dubai, United Arab Emirates, at the bar of the hotel ‘Majestic’.
In 2012 he moved to Corfu island where is his base at the moment. He is djing in the best bars, clubs & beach bars of the island.
From 2017 until now he's a resident dj in the project 'The pulse within' in Egg club London.
He speaks Greek, English, Italian and Spanish. He likes to listen to all the styles of electronic music...