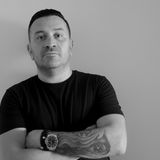 Never miss another
show from DJAntonyAntonio

Support DJAntonyAntonio by subscribing directly to this channel and get access to exclusive rewards.

ANTONIO’s current DJ CV includes a residency at Nikki Beach, Marbella & La Suite Club in Puente Romano, as well as private parties on the Matsu Super Yacht & he blesses the airwaves on his weekly House and Garage radio show, every Saturday 8-10pm
Taking you back to the late 90’s he paid his dues at various London clubs & bars earning his crust. His passion for house & garage shone through & played a huge part in influencing his early musical taste. Until he got his break and won a DJ competition, & thus, a residency at the infamous GARAGE NATION; which lead to him receiving an honorary role as a guest DJ on Dreem Teem BBC Radio 1 Presents show.
With over two decades of experience under his belt, ANTONIO is internationally renowned for his uncanny knack of instinctively knowing how to work a crowd into a FRENZY. It’s his undeniable ability to get a crowd going by feeding off their energy is a testament to the talent & experience he has gained over the years.