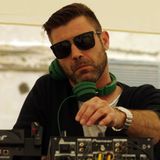 Ante Jakir, a true all nighter who has been spinning records since early '88. From Strauss to House, that would perfectly fit into Jakir's broad musical background with 25+ years career. He performed in most majors clubs in Croatia and some in Berlin too. His career also includes experience in music production and work as an audio engineer for some major recording studios in Croatia. He has also been involved in Nightlife event agency from 2002 since the agency beginnings. Still faithful to vinyl and house style of music where he makes magic