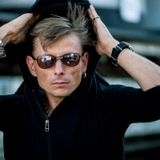 Andreas can play everything in electronic music, depending on club, people and atmosphere. The style of the music is all styles together in one thing, from minimal over techno and intelligent trance to house infuences and techhouse. The point is not how the sound meal is cooked: more important is how it’s served to the user. He describes his style as ‚minimal hypnotic rhythm’ which regardless of style all have his own unmistakable handwriting.He started his DJ career in 1987 as DJ TALES. With this name he played until 1995 and after that as ANDY LEE at several national and international clubs. After starting at club KU in Lippstadt he began to play in the hole German club scene especially in NRW but also in the rest of Germany and started trips to the clubs of Belgium, Yugoslavia, Spain, Netherlands, Romania and the USA. Some of the highlights in his now...