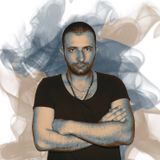 Known for its mix techno, his productions and very straight, but full of effects, it receives for its productions, the feedback from DJs and producers characters of nightlife.

A versatile artist, lends itself to the production mainly Techno, is a member and founder of "Techno Order Movement," but is also known for the production of music House and Tech House.

Each mix is his style and refined technique, all surrounded by a selection of music treated with the utmost detail. Influenced by modern manufacturing techniques, her creative self goes from one style to another. Building on its first track "TechnoSI", with whom he was able to establish itself in the environment, experiment and research new sounds and arrangements so that his songs are semprediversi and original, especially take exalt clubbers of all kinds.