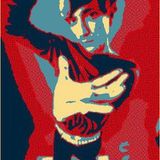 André Kraml, DJ-Producer-Sounddesigner are just the 3 most significant charateristics to describe the story of the cologne based artist. As always there is a lot more to this story, born and raised in the east of Germany, André discovered his passion for sound & music as a youngster while purchasing his first audio cassette and from there on he taped and collected music and made his first innocent attempts to entertain the crowds in highschool as a school-DJ.
Times went by, in the year of 2000 André moved, while taking a little detour over Frankfurt to Cologne. Here he got the chance to follow his ambitions to create sound while joining the Cologne Media & Audio Designschool and became a professional sounddesigner for various films and started to produce his first tracks in music.
And that`s when the fun started, in the early 2000`s André joined the well-known Label Firm in Cologne and published there his first smash hit “Safari” in 2004. From there on André became part of the global