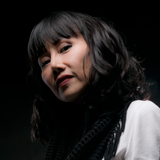 Ammy, also known as DJ Smiley has been a presence in the Bangkok House Music Scene for more than a decade and made her marks throughout all the party hot spots of the city.

She’s got a great funky house sound to make you move!

She's been djing since in 2000 at several popular venues in Bangkok such as :