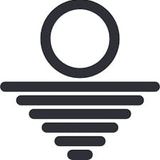 Alsafarie bio
Wilson Jaura AKA Al Safarie
From Portugal, born in Lisbon, he started his relation with music very young with wing musical instruments and piano.His roots were implemented already with rock and metal music and always with a darkline and aggressive style of influences. In mid of 1999, he got in touch with electronic music like deep house music and techno
But quickly Goa trance invade his emotions which Al Safari identify himself beyond the music but the spirit and way to see life according to with the psychedelic scene
After attending some of the best festivals through Europe such as Boom Festival, Freedom Festival and Voov experience he began to devote himself to art as a hobby of mixing and exploring the various aspects of the psytrance scene
Once again, his dark style of psychedelic music was reflected on the influences of artists such as Xenomorph, Cosma, Paranormal Sensations, Logic Bomb, Grapes of Warth, Fungus Funk , Rinkadink and a few more.